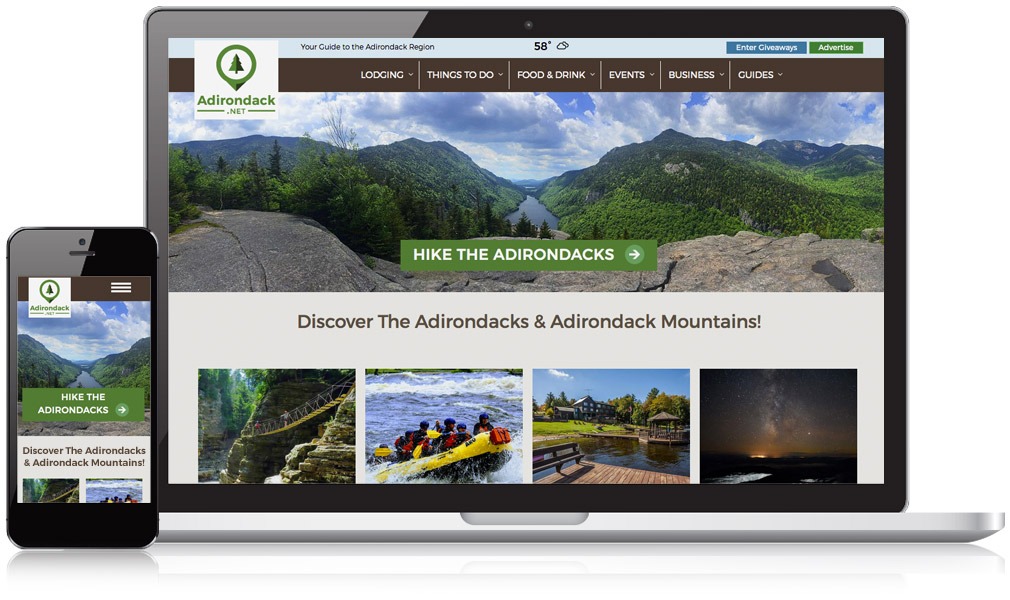 How Did We Grow One Of The Largest Tourism Facebook Audiences?

Adirondack.net uses its Facebook page as a channel for sharing content that can start a conversation with its audience and drive relevant users to its website and ultimately to grow tourism. The challenge is not to grow fans but to was to build a fan base with highly engaged fans. Quality over quantity, as the saying goes.

One Week Campaign Increases Net Followers by 696% Over Norm

How we did it… Retargeting!

Using a technique called “retargeting,” the Facebook ad campaign was geared towards people who had recently visited Adirondack.net. Because these users had already visited the website, one could suggest that they’d also be interested in the type of content posted on the Adirondacks Facebook page (e.g. news, events, deals, and more). The goal, then, was to encourage these users to follow the Adirondacks Facebook page so that they could start seeing new posts from that page in their news feed.

Before launching the campaign, we followed several key steps in the set-up process. These included: (1) Adding tracking pixels to our website, (2) Creating custom audiences, (3) Selecting targeting factors, (4) Designing an attention-grabbing ad, and (5) Setting an advertising budget.

Retargeting and remarketing are one of the strongest forms of advertising for businesses with a strong web presence. By targeting visitors to Adirondack.net, we saw an immense impact on engagement, which increases reach and makes it easier to grow our social media presence.

Partner with Us Today and See Your Business Thrive Online

Ready to get started or want to learn more about how we work with clients? Let’s get it scheduled.