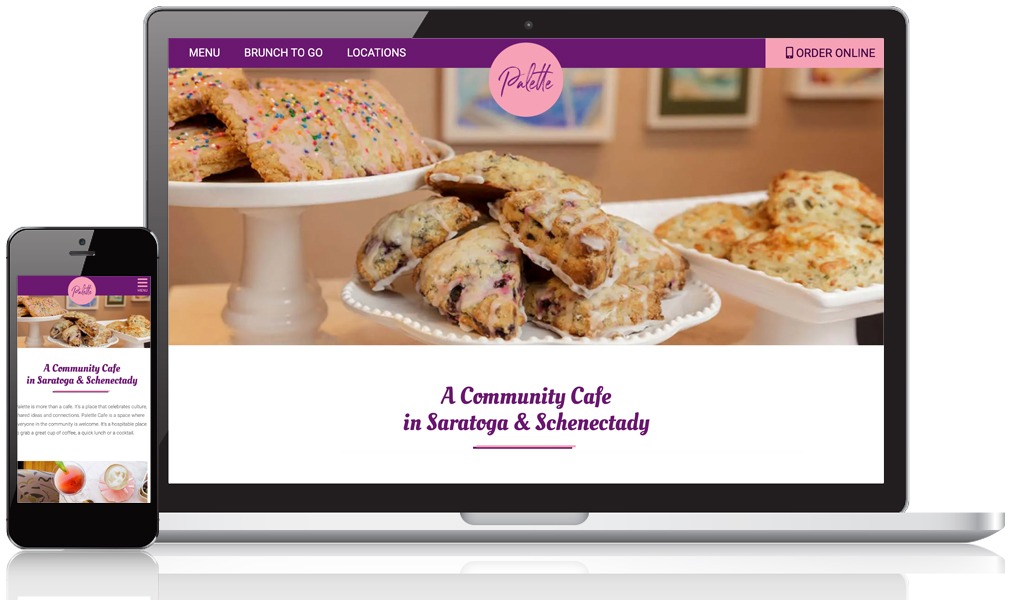 How Saratoga.com Helped A Local Café Reach Almost Half A Million Customers, Right On Their Phones!

Palette Café was a brand new business in downtown Saratoga Springs that needed to get the word out about their unique take on the cafe experience. As the owner of Saratoga Paint and Sip, Palette owner Catherine Hover knew to turn to Saratoga.com as their main advertising strategy to reach locals and tourists in Saratoga Springs, NY. The results? An instant buzz that positioned Palette as a premiere Saratoga Springs destination.

Palette took a forward-thinking approach by thinking mobile-first, resulting in almost a half million impressions and over one thousand clicks from a single ad in just three short months!

As Saratoga’s most comprehensive regional guide, Saratoga.com receives over 5 million pageviews every year. Palette maximized our reach by placing a beautifully designed mobile adhesion ad on our site for our hundreds of thousands of visitors to see.

Wondering what made Palette’s ad so successful?

Ready to reach hundreds of thousands of people on their mobile phones?

Mannix Marketing offers world-class products with hometown customer services. We love having the team of experts who I can lean on who are experts in their field

Partner with Us Today and See Your Business Thrive Online

Ready to get started or want to learn more about how we work with clients? Let’s get it scheduled.