Skip to content
Home » Blog » Twas the Night Before Caffeine 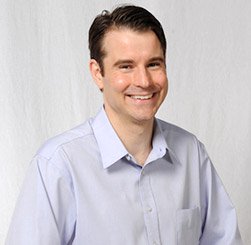 Twas the night before Caffeine, when all through the net
Billions of searches were happening, but nothing had changed yet.
The SEOs were all staring at each ranking with care,
In hopes that St Google would let them stay there.

Those corporate site bigwigs were nestled all snug in their beds,
While visions of dollar signs added up in their heads.
But MaAndPa.com worried, that when Caffeine soon unwrapped,
They’d be in for something colder than a long winter’s nap.

When away from the PC, the screen did refresh,
Pa sprang from the couch to see what was left.
A look to the screen and nothing new yet,
Time to open more tabs and surf on the net.

The moon on the breast of the new-fallen snow
Gave the luster of midday to objects below.
When, what to pa’s wondering eyes should appear,
But a post from Matt Cutts, Oh dear, Oh dear.

With a little hesitation he decided to click play,
The moment had arrived to hear what he had to say.
Without hesitation, he got to the point,
Without further delay it was time to anoint.

“Now faster! Now better! More user friendly for all!
On my PC! On your Mac! They’ll be no slow crawl!
To the top of the rankings go the relevant and fast!
Now search away! Search away! Nonsense is a thing of the past!”

As fast as pa could he got ma from her tea,
They’re going together to face off with Caffeine.
So over to the PC they once again went,
With knots in their stomach, and most of their energy spent.

And then, without warning, IE just shut down,
They looked at each other and said not a sound.
Double click on the Mozilla icon, it had to be done,
For them to see tonight if they’re still #1.

It went to their home page, their business of course,
Of which they were the only labor force.
They got here quickly, as many others before,
But with Caffeine now live, would it ever happen any more?

Google.com went into the address bar,
As they made one final wish on a bright, twinkling star.
Into the search box was typed their major keyword,
Wishing that good things was what they were headed towards.

Pa clicked on ‘Search’ as he had done many times in the past,
They hoped that their site, would be looked on as one of the fast
What will happen right now, we’re not quite sure,
But come back in a few months and we’ll know a lot more.

Over the past 20 years, Brian has experienced many aspects of marketing, including brand management, copywriting, campaign coordination, paid search marketing, social media marketing and internet marketing. Brian now uses this knowledge to help our clients maximize their presence on the internet. His expertise in all things marketing gives our clients – and the Mannix Marketing SEO team – a distinct advantage in all areas of search. His extraordinary analytic skills provide SEO, social media and paid search clients with real, measurable results. To maintain his cutting edge expertise, Brian stays current on the latest trends in social media and digital marketing by reading industry publications, attending conferences, and consulting with peers.