Within the next several weeks, Apple will roll out its iOS 14.4 update to all current iPhone users. The new update includes privacy and security settings that allow users to choose the apps that have permission to track their behavior across all the apps on their phone. This includes the Facebook app. 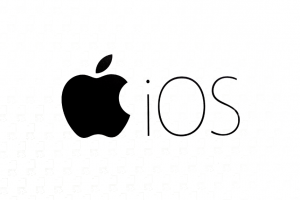 After Facebook, the impact of these changes rolls down to any other businesses that use Facebook’s business tools to optimize, target, and report on web conversion events. The changes also impact businesses that advertise on mobile apps.

How will the iOS 14.4 app update impact my Facebook ads?

Bottom line, the iOS 14.4 update might make it more difficult to create a personalized ad experience. Advertisers won’t be able to get all or any of the data they’re getting right now, and it all depends on whether a user opts-in.

The changes Facebook is making in response to the iOS 14.4 update include:

Facebook’s own internal optimization process will also diminish, and the platform may not be able to improve the ad experience on each advertiser’s behalf.

The iOS change also means big changes when it comes to targeting. Custom audiences within Facebook will be greatly reduced, so campaigns utilizing custom audiences like those that go after website visitors, email lists, users who have added to a shopping cart, users who have purchased, and others will be limited. Advertisers may also see more overlap between these audiences.

Interest-based targeting will also be impacted, and user demographic data will no longer be available for pixel conversion events.

What can advertisers do to work with the Apple iOS changes?

The release date for the intended iOS 14.4 update is currently unknown, but Apple has mentioned that it would happen in early 2021.

Because of the unknown date and the anticipated changes, Facebook is stressing that all advertisers make changes to their Facebook pixel and ads now to reduce the impact of the 14.4 updates. Any ad sets that are optimizing for a campaign event that is no longer available will be paused.

As a first step, it’s advised to complete a thorough audit of all campaigns to determine which campaigns will be affected the most and begin planning optimization strategies like using different campaign goals, audience definitions, bidding strategies, and so on.

Additional recommendations include narrowing the company’s Pixel event down to eight and prioritizing which pixels or conversion events are the most important for their business. Advertisers should also plan to verify their website domains in Facebook Business Manager.

While these changes may pose a grave impact and place advertisers in a gray area for the short-term, they do not completely inhibit advertisers from being successful on Facebook in the future.

These changes could shrink the pool of advertisers to a much smaller group, and, as a result, may reduce the cost of advertising on Facebook. It could also push advertisers in a direction where we find a different, more impactful way to build awareness on Facebook.