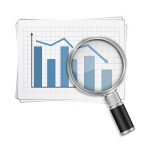 Facebook updates their Newsfeed algorithm every couple of months in an effort to show people more of what they want to see and less of what they don’t. In the past these updates have affected what type of content each user sees in their feed, what order you see things in, and how often you see content from the same sources on Facebook.

In a public post, CEO and founder of Facebook, Mark Zuckerberg, said that they “feel a responsibility to make sure our services aren’t just fun to use, but also good for people’s well-being.” Facebook seems to be concerned that people are consuming too much content that they don’t care about, or content that leaves their users feeling unhappy. See his full announcement below:

Why These Changes Matter To Publishers

If Facebook users will be seeing fewer posts from brands and publishers, organic reach is going to continue to drop. Many brands and publishers spend a lot of time and money creating content specifically for the Facebook Newsfeed, and could see the website traffic that they rely on drop dramatically.

This change will likely push publishers to create content that is actually useful, instead of what Zuckerberg calls “passive content”. Passive content is an article or a video with only one purpose – to get someone to read or watch – then move on. The user doesn’t gain any information from this type of content or make decisions based on it, they just consume it. Zuckerberg wants users’ time on the site to be well spent, not just scrolling through viral videos like a zombie.

Will Ads Be Affected?

No. Well, it doesn’t look like the method of delivering ads to a targeted audience will be affected. What could happen, if organic reach continues to drop for brands and publishers, is that the demand for ads could rise. With the demand rising, and the supply dropping (less organic reach), the cost effectiveness of running Facebook campaigns could certainly change.

Let’s face it, Facebook is great for interacting with friends, family and old classmates, but they make almost all of their money through advertising. We doubt they would shake things up enough to disrupt the billions of dollars in revenue that they make every year off of ad revenue. The supply and demand changes to advertisements could push small businesses out of the market though, and only cater to top spending corporations. We’ll have to wait and see on that one.

We’re not sure. With such a fundamental change in the platform (that none of us really saw coming), we might have to wait and see how much of an impact this change is going to make. Over the next few weeks, you’ll probably start to see more posts in your Newsfeed from your Facebook friends, rather than from brands and new sources.

If LakeGeorge.com creates a video on Ice Safety, that information is probably useful for any outdoor enthusiasts, and those people will share that content with their Facebook friends who could also benefit from that content. So, just because LakeGeorge.com’s post on the subject might not reach as many people organically, other users that found their content useful will be able to spread the word.