The debate over White Hat vs. Black Hat SEO is in the National spotlight with an article in the NY Times entitled “The Dirty Little Secrets of Search.” The ultimate goal of any SEO, whether using White Hat or Black Hat techniques, is to get their client’ website to rise to the top of the organic results. An added burden of the Black Hat SEO is not to get caught using their deceptive techniques for fear of Google’s consequences.

As the story goes, JCPenney  was dominating the top of Google’s search results. They were occupying the #1 position for keywords such as “dresses”, “furniture”, “area rugs”, “skinny jeans” and a myriad of others. The question came up about how they are accomplishing this amazing feat! Through some investigative reporting by Doug Pierce, it was determined that JCPenney’s SEO company was utilizing Black Hat SEO techniques described as “the most ambitious attempt to game Google’s search results that he has ever seen”. 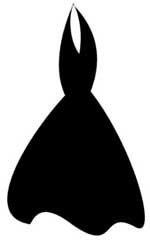 The results of this investigation yielded 2,015 pages that held links to the JCPenney website, with anchor text such as casual dresses, evening dresses, little black dress, cocktail dress. Clicking on any of these phrases would direct you to the main dress page on the JCPenney website. This gave Google a false impression that the JCPenney website was satisfying one of Google’s algorithms with flying colors, thus launching them to the top of the natural results. This type of linking is a known no-no, a form of exploitation, deceptive and clearly Black Hat SEO, punishable by either being black listed from Google or at the very best, watching your placements sink into oblivion.

The NY Times sent Google all the evidence that they had collected and Google took prompt action against the offender.

“In other words, one moment Penney was the most visible online destination for living room furniture in the country. The next it was essentially buried.”

It’s not unusual for a prospective client to call all upset that they have lost all their positions with another company that promised the world. I’ll never forget “Tom” who had a top three position for a highly competitive home industry term. He was actually screaming and frantic on the phone. I assured him that what his last SEO Firm had done was called “Black Hat SEO” and though it worked for a while, they got caught and he was now reaping the wrath of Google. This was five years ago, and we weren’t sure how long it would take to fix the problem. But we “undid” the damage and within three months, “Tom” was back in the top five for the very keyword phrase that he desired. Although it’s tempting to take the short cut, it’s rarely worth it in the long run.

If you are suffering the consequences of Black Hat SEO, or are looking for a White Hat SEO Firm, call Mannix Marketing! We assure all our clients that the search engine optimization elements that we apply to your website will not harm your efforts to increase your online visibility.